Yervand Yerkanian was born on November 5, 1951, in Leninakan (present-day Gyumri) to a family of repatriates from the Armenian Diaspora.

He is a member of the Composer’s Association of Armenia since 1975. He has held the office of chair of the Opera, Symphony and Chamber music division of the Association.

Between 1987 and 1994 he was the artistic director and conductor of the Tagharan Ensemble of Ancient Music of Armenia. Thereafter composing and performing music became concurrent passions for him, which effectively resulted in the ensemble acquiring the status of a State Collective, eventually becoming one of the most renowned Armenian performing entities. His more than 350 renderings of spiritual and secular Armenian songs (folk, urban, patriotic, revolutionary, goussan etc), in seven sets of fifty, provided a sound basis for the ensemble’s sustainable repertoire, endowing it with a unique character. At the same time, special attention was devoted to numerous works of the European Renaissance, Baroque and classical periods, that were little known or unknown to the Armenian public before. Dedicated concerts or seasons were devoted to Italian, French, German, English and Spanish pre-classical authors. During the first challenging years of Armenia’s independence, exceptional concerts presented French and German music in cooperation with the embassies of France and Germany in Armenia. The concert performances of Monteverdi’s operas “L’incoronazione di Poppea” and “Orpheus” were particularly noteworthy. Thanks to its rich and interesting repertoire the coverage of Tagharan’s concerts expanded over time. It went on frequent tours abroad, performing in France, the Netherlands, Austria, Yugoslavia, and Lebanon. For two successive years, Tagharan was invited to Argentina, Brazil and Uruguay.

In 1990 the Soviet “Melodia” label published a CD by Tagharan, the first of a kind among Armenian ensembles. It was entitled “Armenian spiritual music of the 5th-12th centuries” and was re-released several times thereafter. Through those years Tagharan gave more than 500 concerts on stages ranging from the remotest villages of Armenia to the faraway corners of the world.

Having received an invitation from the Lebanon chapter of the Hamazkayin Armenian Educational and Cultural Society in 1994, he went to Lebanon and took charge of the Koussan choir, which was founded by the disciple of great Komitas Parsegh Ganatchian (who, incidentally, was the teacher at the Melgonian Educational Institution in Cyprus of his mentor Azat Shishian, who always spoke of him with great admiration and profound gratitude).

A year later three more musical ensembles were established alongside Koussan: the Hayasdan chamber choir, the Ensemble of violinists, and the Madrigal ensemble of antique music. This in fact amounted to a full Philharmonic Society, something unprecedented in the Lebanese context. Apart from individual performances by these groups, there were also joint concerts, where the ensembles succeeded each other on the stage. The Assembly Hall of the American University of Beirut, the most prestigious in the city, which had hosted numerous musical luminaries in its lifetime, always invited these ensembles to perform on its stage, especially in the presence of foreign guests and dignitaries.

Having attained significant successes over a short period of time, these musical ensembles of the Hamazkayin represented Lebanon in 1999 at the Byblos International Festival, reaping words of praise, as well as high appreciation in the Armenian and foreign-language press. All of these performances took place under the high patronage of the President of Lebanon, the First Lady, and the Catholicos of the Holy See of Cilicia.

In the year 2000, by a joint decision of the Central Board and the Lebanese chapter of the Hamazkayin, Mr. Yerkanian was appointed Director of the Parsegh Ganatchian Conservatory in Beirut, becoming the first-ever “foreign national” at that office, which he held until his return to Armenia in 2007.

A number of his works have been published as sheet music and audio recordings, as well as performed in the USA, France, Germany, Spain, Belgium, Switzerland, Sweden, Argentina, Portugal, Poland, Lebanon, South America, and elsewhere.

In 2007 the composer returned to Armenia. Currently, he is mostly preoccupied with writing music, while continuing to teach at the Conservatory. 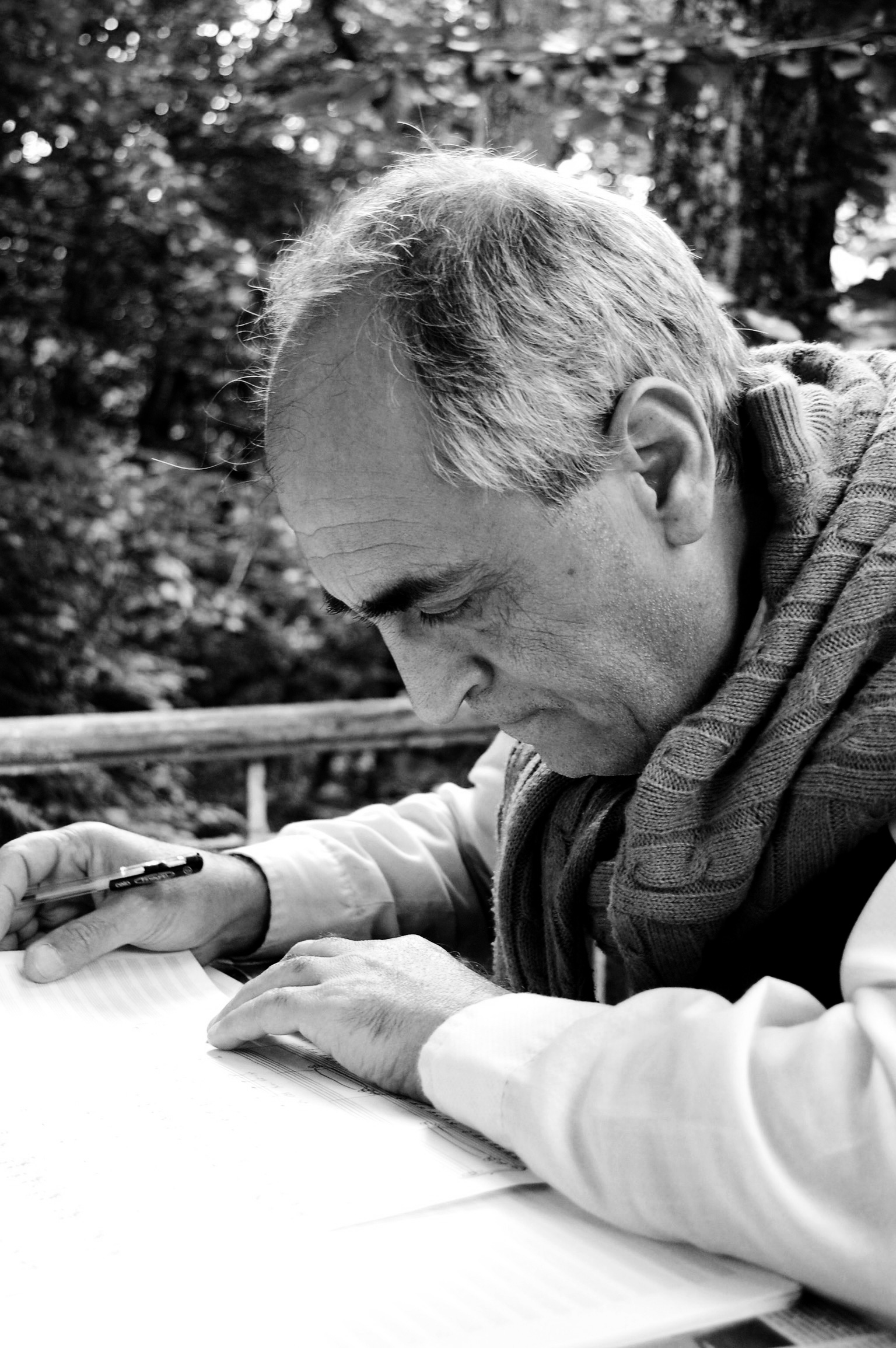 In 1981 he became laureate of the “Best composition of the Year” award and in 1983 of the Komsomol Prize.

In 2009 his work “Chronicon” received the State Prize of the Republic of Armenia, which was handed to him by President Serge Sargsian.

In 2009 the World Armenian Congress Awarded Yerkanian the First Prize and the title of Laureate for his work “The Martyrs Square in Beirut”.

For more than twelve years of musical, pedagogical, and organizational endeavors Mr. Yerkanian was awarded the Mesrob Mashtots medal of the Catholicosate of the Holy See of Cilicia and the medal of the Central Board of the Hamazkayin.